First Nations on Vancouver Island and the Gulf Islands are on the verge of completing
a first-of-its-kind agreement with local government to protect their sacred places and
archeological sites.

The Islands Trust council has approved in principle a protocol developed with the
Hul'qumi'num Treaty Group that goes far beyond the protections offered in the provincial
Heritage Conservation Act and could become a template for similar agreements all over
B.C., according to archeologist Eric McLay.

When bones or artifacts turn up in construction, not only does building come to an abrupt
halt, the scientific and cultural value of the site is often destroyed.

"There's no role for local government in the provincial system," McLay said. "It doesn't
matter how strong the legislation is if it is not implemented at the local level."

The Hul'qumi'num agreement and a similar protocol with the Snuneymuxw First Nations of
Nanaimo should go a long way toward solving that problem.

The protocol creates a consultation and dispute-resolution framework and will allow the
Hul'qumi'num to designate "spiritual places" not protected by provincial legislation.

The Heritage Conservation Act protects archeological sites where physical evidence of
historic use is present, but not places of spiritual importance. Such an agreement could have
prevented the destruction of spirit caves at Bear Mountain resort. The agreement will likely be
a template by municipalities and First Nations across B.C.

"We wanted to be more proactive about taking these things into account when we do
land-use planning," said Linda Adams, chief executive officer at the Islands Trust. "This isn't
just about traditional archeology sites," she said. "We are looking at ways of protecting other
areas of cultural significance to First Nations that may not have a physical manifestation."

"An example might be a place where a person would go on a spiritual quest," Adams said.

"By definition they wouldn't leave any trace of being there, but that's still a very important
site."

In addition to maps of known archeological sites, the Hul'qumi'num will supply information
about areas that have high archeological potential to head off the kinds of problems that occur
when people invest time and money in rezoning and planning development only to have it
halted by an unexpected find.

"If you can back up a few steps when you are doing community planning, you can say
we're not going to cluster residential development in this area because it is sensitive,"
Adams said. 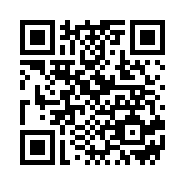