PARIS: French writers and thinkers will celebrate one of their most influential heroes today, when anthropologist and pioneer of structuralism Claude Levi-Strauss turns 100.

Trained as a philosopher, Levi-Strauss found fame as a student of Amazonian Indians, applying the theories of Ferdinand de Saussure's structural linguistics to primitive family life and the narratives of myth.

His main works, Elementary Structures of Kinship, The Savage Mind and Structural Anthropology, were hugely influential beyond their original field, inspiring generations of philosophers, linguists and literary theorists.

He is now recognised as one of the founders of the structuralist school, whose members sought to uncover the hidden, unconscious or primitive patterns of thought they believed determined the outer reality of human culture and relationships.

Today, he is the oldest member of France's prestigious Academie. He is a deeply respected but retiring figure who has said he no longer feels at home on an overpopulated planet.

Levi-Strauss's birthday will be marked with the publication of about 20 new books on his thought, a night of special programming on the Franco-German television channel, Arte, and exhibitions in Paris on his life and work.

"His work, with its humanist message and universal scope, has radically changed our understanding of the world," declared Koichiro Matsuura, the director-general of the United Nations cultural organisation Unesco.

"Interested in all civilisations, he has taught us about the complexity of myths and the diversity of cultures, as well as their fragility.

"Thanks to him, we know that the wealth of humanity lies in its diversity and its ability always to accept the other."

Levi-Strauss was born in Brussels in 1908, the son of French-Jewish parents from the German-speaking region of Alsace.

He studied philosophy and in 1935 set off for Brazil, where he had been named professor at the University of Sao Paolo.

There he conducted several missions to study the lives of the tribes of the Mato Grosso and the Amazonian rainforest, collecting material for his theories on the underlying structures of human relationships and the myths shared, in various forms, by all cultures.

Given the chairmanship in social anthropology at the College de France in 1959, he worked there until retirement in 1982. In 1973, he was the first ethnologist to join the Academie Francaise, France's elite intellectual body that overseas the protection of the French language.

"Straddling the worlds of philosophy and science, his work is essential for any attempt to reflect on our society and how it works," said Denis Bertholet, one of Levi-Strauss's biographers.

"He had an ecological approach to the world and to individuals that was ahead of its time."

In his own words, Levi-Strauss was not merely studying the thoughts of primitive peoples in The Savage Mind, but the underlying structures of all thought.

"It is not so much the thoughts of savages but the savage thought," he said.

"It's a form which is the prerogative of all humanity, which we can find in ourselves but which we prefer to go and seek in exotic societies." -

The Unthinkable—Thinking Beyond the Limits of Culture

Commensurability and the Stranger 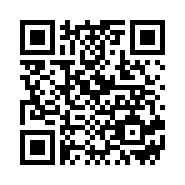